Ara 16, 2021 after falling from a bouncy castle, their ages but said all were in grades five

Five children have died and four others are injured after falling from a bouncy castle that was blown into the air in Australia, police say.

The accident – caused by a wind gust – happened on Thursday at a primary school fun day in Devonport, Tasmania.

Police said the children had fallen from 10m (32ft), with both girls and boys among the victims.

Authorities did not give their ages but said all were in grades five or six – typically for children aged 10-12.

“A wind gust had reportedly caused the jumping castle and inflatable balls to lift into the air,” Tasmanian Police Commissioner Darren Hine said.

“Our hearts are breaking for the families and the loved ones, schoolmates, teachers of these young people who were taken too soon.”

“Young children on a fun day out… and it turns to such horrific tragedy. At this time of the year, it just breaks your heart,” he said.

Paramedics arrived quickly at Hillcrest Primary School after the accident at about 10.00 local time (23:00 Wednesday GMT). 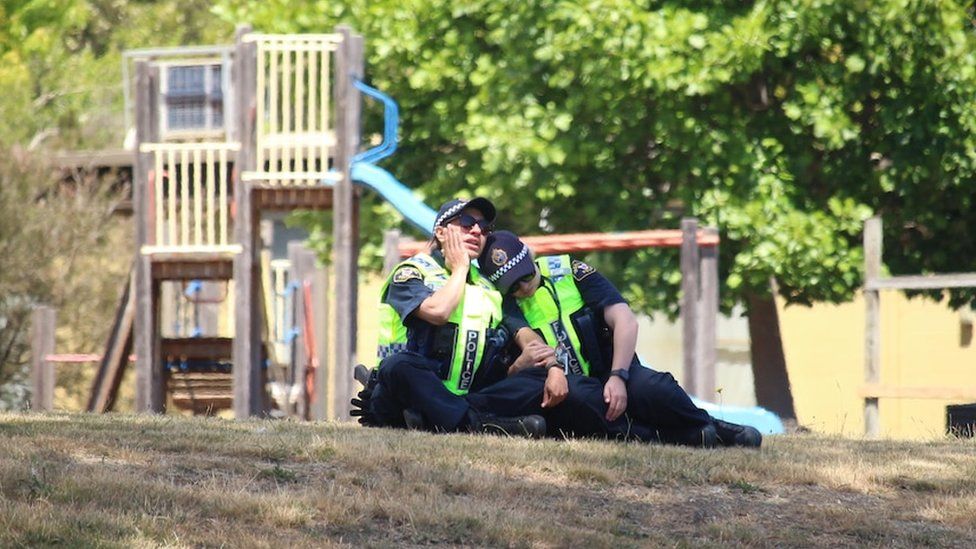 The children were given first aid before being flown in helicopters to the hospital. Four children were initially pronounced dead and a fifth child later died in hospital.

Parents were alerted immediately following the incident, which happened on the last day of the school year.

ABC reporter Monte Bovill tweeted that locals “have been running to the school to collect their children”.

One parent, speaking to a local newspaper, said the school had previously installed such floats on similar occasions with no problems.

“You wouldn’t dream a fun activity day would end like this,” the woman told the Hobart Mercury.

“We all feel so heartbroken for the parents involved. And feel guilty that we are also relieved our children were not injured.”

Devonport, on Tasmania’s northern coast, is a small port city with just under 30,000 residents.

There have been other fatal bouncy castle incidents. In 2019, two children were killed and 20 others injured in a similar accident in China.

A year earlier, a girl died in the UK after being thrown from a bouncy castle that eyewitnesses say exploded on a Norfolk beach.

And two fairground workers were jailed for manslaughter by gross negligence after a bouncy castle blew away with seven-year-old Summer Grant inside, in Essex, in March 2016.