A jury member from the Elizabeth Holmes trial told ABC News that he found it difficult to convict the former Theranos CEO.

“[We] respected Elizabeth’s belief in her technology, in her dream. [We thought], ‘She still believes in it, and we still believe she believes in it,'” juror No. 6, Wayne Kaatz, told the news outlet. “It’s tough to convict somebody, especially somebody so likable, with such a positive dream,” he added.

The jury found the Theranos founder guilty of three counts of wire fraud and one count of conspiracy to defraud investors by exaggerating what her company’s blood testing machines could do, as well as how widely the machines were used. Holmes was acquitted on four counts related to the patients who had taken Theranos blood tests. The group was unable to reach a verdict on three other counts of fraud against investors. 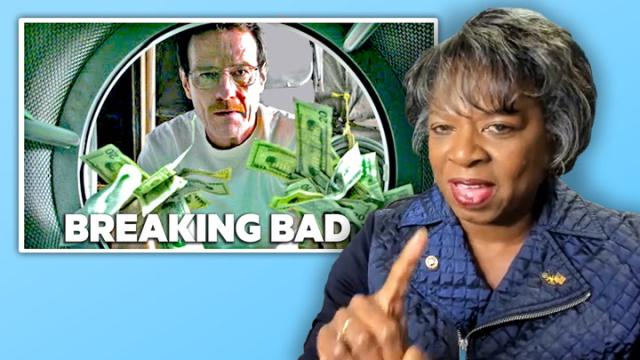 Retired FBI investigator Jerri Williams looks at eight money-laundering scams from popular TV shows and movies and rates them based on realism. She looks at “Ozark” S1E4 (2017), “The Wolf of Wall Street” (2013), “Narcos” (2015-2017), “Breaking Bad” S5E8 (2012), “Scarface” (1983), “Mickey Blue Eyes” (1999), “American Made” (2017), and “The Girl With the Dragon Tattoo” (2011). In the video, Williams analyzes scenes where money is being laundered through businesses. Another form of money laundering is simply spending more than $10,000 of illegally-obtained funds. Williams served as an FBI special agent for 26 years, working on major economic fraud investigations. She is the recipient of four United States Attorney Awards for Distinguished Service. She now hosts the true-crime podcast “FBI Retired Case File Review” and works as a technical consultant for TV shows and movies depicting the FBI. Williams is the author of “FBI Myths and Misconceptions: A Manual for Armchair Detectives”: https://jerriwilliams.com/books/fbi-myths-and-misconceptions-a-manual-for-armchair-detectives/. Her podcast can be found at

Despite Holmes’ likability, Kaatz, a 64-year-old daytime Emmy-award-winning TV writer from Aptos, California, told ABC News that he voted guilty on the three counts of fraud on which the jury could not agree.

The jury member told ABC News that, early on in the trial, the jury agreed that Holmes was guilty of defrauding investors who had poured millions of dollars into her blood-testing startup, and also that she should be acquitted on all four counts related to defrauding patients because they felt Holmes was more “removed” from the patients.

During the trial, the jury largely found Holmes’ seven days of testimony non credible, according to Kaatz. He said the jury ranked each witness’s testimony on a scale of one to four, with one being the least credible. Holmes scored a two, despite the founder’s personal testimony that her ex-boyfriend and former Theranos COO Ramesh Balwani was emotionally and sexually abusive, alleging he deceived her regarding the company’s financial models. Balwani’s trial is scheduled to commence next month.