Why 2022 Could Be ‘The Year of the Political 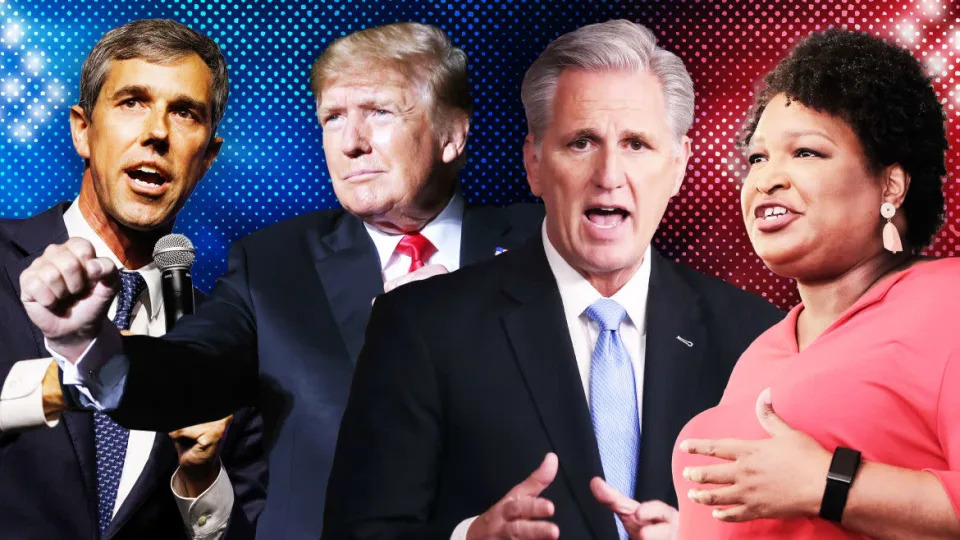 Every election year, American politicians find new and ever more brazen ways to disprove that old F. Scott Fitzgerald adage—that there are “no second acts in American lives.”

Next year’s pivotal midterm elections feature a raft of political figures nationwide who are trying to do just that, attempting to regain their former power and glory, avenge past defeats, move past scandals, or in one very prominent case, do all three.

Here’s a sampling of those determined pols who are seeking their second—or third, or fourth—acts:

Yes, there are two Republican leaders on Capitol Hill who are hoping to get their majorities back in 2022. But only one has been on a patient, tortured quest for the speakership for the better part of a decade.

In 2015, Rep. Kevin McCarthy (R-CA), then the GOP majority leader, was heir apparent when Speaker John Boehner announced his retirement. But amid suspicion from the right that he was not sufficiently conservative—and beset with simmering rumors of infidelity—McCarthy bowed out. Paul Ryan, reluctantly but inevitably, ascended.

Since 2018, the affable, backslapping Californian has helmed the House GOP ship with a single-minded goal of guiding them out of the wilderness and back into power. He stands now on the brink of triumph, with Republicans heavily favored to win the House majority in 2022.

If the GOP succeeds in taking the House, McCarthy will largely be credited as the architect of the Republican takeover. But that doesn’t mean he’s on a glide path to finally realizing his speakership dreams.

Much of McCarthy’s chances of becoming speaker rests on just how many seats Republicans win in the 2022 elections. If it’s just enough to propel them to the majority, McCarthy could have a very tough time. Even a 20-seat margin could be tough for the California Republican. But a true red wave—say, a 40-seat majority—would go a long way to getting him the job. Still, there are plenty of other factors.

Just in the last year, political and personal tensions have roiled the GOP conference—and McCarthy’s inability to contain them has raised serious doubts among some Republicans about his ability to govern as Speaker.

Notably, McCarthy has largely given up on reining in a squad of far-right lawmakers whose sometimes violent and bigoted rhetoric has obliterated boundaries of acceptable conduct and fomented a toxic environment in the GOP ranks.

Instead, a leader known best as a tireless people-pleaser has tried to please everyone, calling for truces as his member swap f-bomb insults and threats at each other. That may not be enough for McCarthy when the speaker vote is called in January 2023.

Also looming over a possible McCarthy comeback is Donald Trump—the man on whom his fortunes rise and fall. The ex-president may have never quite forgiven “My Kevin” for supposedly turning his back on him on Jan. 6.

McCarthy has tried assiduously to repair that breach—a major threat to his hopes, given Trump’s continued vice grip on the GOP. Ultimately, if he succeeds, McCarthy could be the House GOP leader for years to come. But a well-timed Trump knifing, which is even expected by some Republicans, could dash his dreams for good.